on March 22, 2011
Ravi Shastri is definitely not on my favorite commentators list. I would pack him along with Navjot Singh Sidhu and if given a chance would even lock those two along with Sreesanth and Arnab Gowsami in one room. Ravi Shastri's weakness came to the fore in the ipl-3 when he was at loss of words on many occasions. He kept on repeating his usual sentences
You beauty is a line that Bill Lawry uses more often. Ravi might have picked it from him. Forget about Ravi. Let me come to the main Topic. I am gonna use that word You beauty for this post. I couldn't think of any other word when I thought of writing this post. Spend time on each photo for at least a few seconds and then say "You beauty" before you proceed to the next photo.
Sachin Tendulkar - You Beauty
Do you remember this photo? Three year old Sachin announcing to the world about his future.

The Caddick Hook - You Beauty
The Hook shot that he played against Caddick in the world cup is my all time favorite Sachin shot. The reaction time was so less and the manner in which he hooked the ball out of the ground made me go bonkers when I watched that match. The West Indians are known for their hook shots. But If there is one batsman who could even make the West Indians to stop and learn a trick or two about the hook shot, it has to be the Little Master.

The Straight Drive- You Beauty
Sachin fans would never forget the two thundering straight drives of Brett Lee. The greatest way to insult a fast bowler is to hit one past him. Sachin knows that trick and he does that in every game.

The Cover Drive - You beauty
If there is one batsman in the world who plays this shot exactly as it is written in the cricket manual, it is Sachin. His first match as an opener against the Kiwi's enabled him to unleash this special weapon and the world saw the talent hidden in the form of Sachin. Thanks Navjot Singh Sidhu for the opportunity that you gave to the Little Master.
The Fiery Flick - You beauty
Sachin finds himself along with Rahul Dravid and Kallis as the masters of this technique. Anything on the leg side will get the deserved treatment. You beauty
Don't bowl him bad balls, he puts the good balls for boundaries - Michael Kasprowicz (Australia)

The Guider - You beauty
When a 1oo mile bouncer approaches to hit your face, you would either duck or end up getting a body/head blow. But if you ask Shaun Tait and Shaun Pollack, they will tell you different stories about their experiences with Sachin. You gotta watch these shots to understand what I am referring to. You beauty
"Sachin rarely gets into verbal duels and soon we too realized that sledging at him only strengthens his concentration and resolve. No wonder then that some of the most talkative Australians went quiet when Sachin was in the middle." - Mathew Hayden(Australia) in his blog

The Square Cut- You beauty
Johnty, Collingwood, ABD, Dilshan are some fielders who normally stand in the point region and when they occupy this position, they would make sure to save at least 20 runs in that region. But that doesn't happen when Sachin is at the Crease. Even Johnty found it difficult to reach to the bullet cuts of Sachin. You beauty
The Upper Cut - You beauty
Sehwag and Tendulkar are the greatest exponents of this art. Pakistan was at the receiving end when two of the greatest upper cuts of all time were effected on them by the Indian openers in the ICC World cup. Waqar and Akthar were at the receiving ends. Parthiv Patel also tries this cut on various occasions only to be caught inside the 30 m circle.

Dancing down the wicket - You beauty
Ganguly is the first name that would pop up in an Indian's mind when we think about dancing down the wicket. Now almost every Indian cricketer does this with ease. Sachin's dance against Warne can never be forgotten. You beauty
I used to go to bed by having nightmares as if Sachin steps down the track and hit’s a SIX straight over my head - Shane Warne (Australia) 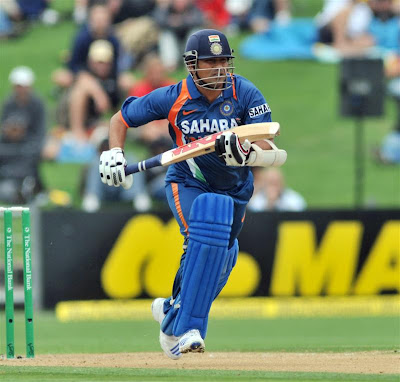 Sachin Pull - You beauty
Place five fielders on the boundary and still he can find a gap between them. Such is his strength on this area. You beauty. 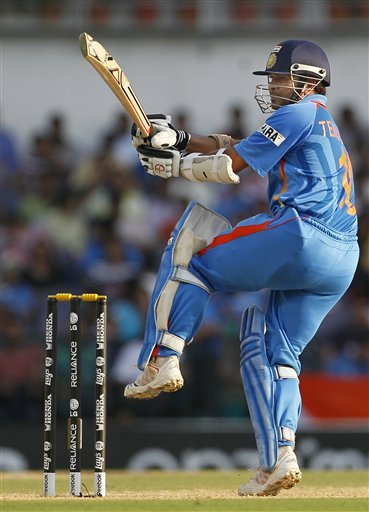 The Paddle Sweep- You beauty
When he returned back to play a world cup game against the Kenyans after his father's death, Sachin used this shot more than once . He even used the reverse-paddle sweep on his way to his hundred. That was an emotional innings. You beauty.
Sachin is arguably the best batsmen in the world, the kind of cricketing shots he has invented when he plays, is something we folks wouldn’t have even attempted to play during our times - Barry Richards (Australia) 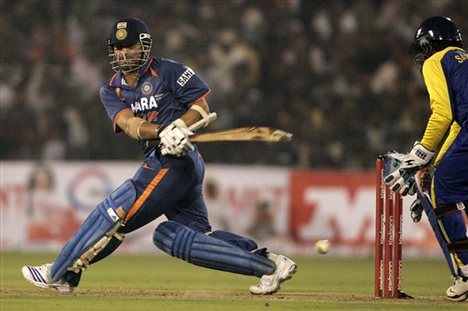 The Bowler - You beauty
He started his bowling career as a medium pace bowler. He has even opened the bowling attack for India. Then he chose leg spin and in one match against the Aussies in Kochi, he spun the ball a mile and ended up getting 5 wickets in that match. How can one forget the famous googly ball that Moin Khan missed? You beauty.

Arms Wide Open - You Beauty
There was a period in Indian cricket, when Sachin got out, the entire batting order would collapse. This was the fate of the Indian team in the late 90s. Now the Indian team has great talents in the form of Sehwag, Dhoni and Yuvi. But Sachin is still the backbone for the Indian team. It is very evident in this world cup.
How many times have we seen this spectacle? He will do it yet again for his 100th International 100. That's gonna be a moment which will give us an opportunity to say "You beauty" once again.

Walking Tall - You beauty
None of us would admire a batsman when he gets out. But Sachin is an exception in this too. He walked tall even when the umpire gave him not out. Cricket is still a Gentleman's game.
Any day, I would not mind spending 1000 dollars to watch this guy play the game, even if he gets out in the very first ball. It is just the magic he adds into the field that matters a lot - Sir Vivian Richards (W.I) 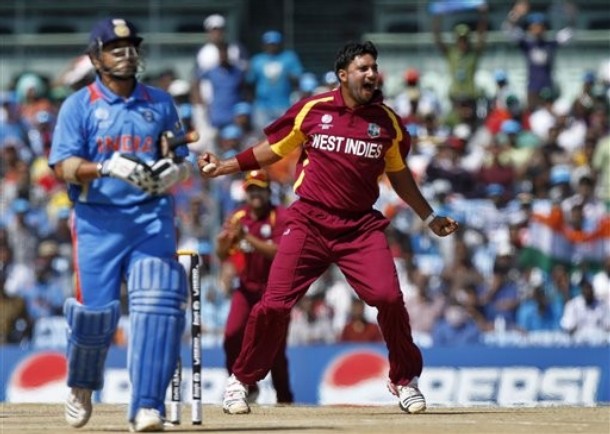